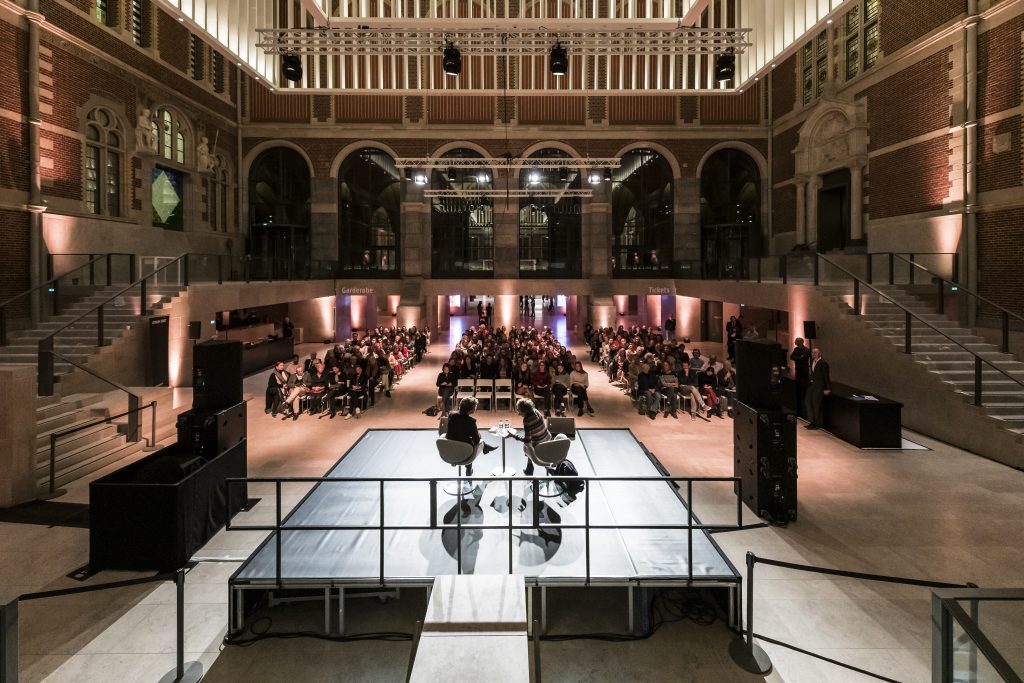 In the Rijksmuseum in Amsterdam.

For the ‘Night of History’, the ‘Nacht van de Geschiedenis‘.

This wonderful assignment had fallen into my lap:

I got to interview Hedy D’Ancona, co-founder of one of the most important Dutch second wave feminist organizations ‘Man-Vrouw-Maatschappij‘, former State Secretary for Emancipation and former Secretary of State for Welfare, Health and Culture.

Leading up to this Night, I had been doing my homework.

All of the advice that I had taken to heart ever since I finished my PhD and the intensity of the postdoc phase in academic life I was not really prepared for had hit me, was thrown out of the window…

Freestyle. One of my favorite colleagues in Leiden gave me the brilliant advice years ago to trust ‘free styling’. Go with your gut: you can’t know it all, so what do you feel your students or  your audience need to know?

Trust your creativity. One of my favorite mentors taught me years ago to try and prevent putting in too many hours in ‘preparation’. Just bring  5 meaningful concepts to a gathering and ‘start before you’re ready’ is what that boiled down to. Bring more than you will be able to handle – if you can work with 3 of your concepts you’re lucky – and just trust your skills and creativity in lines of reasoning and questioning.

Despite both knowing and having experienced that they are right, I ‘regressed’.

I fell right back into my ‘student-like fuss’-behavior of wanting to show up ‘prepared’, having done ‘the work’, as if I was about to take an exam…

Though I could just show you the cool pictures that were taken and share the ‘likes’ I harvested by sharing my experience on Facebook, I’d rather give you a ‘backstage pass’. 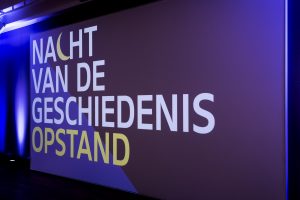 I want to share my emotional take on this event in my line of duty as an academic. Of course, our lines of duties may vary considerably. We are not all in the position of interviewing people that matter to us professionally. In some cases the people have been dead for over centuries. In other cases the people and societies that have our interest are too far away to have a 30 minute conversation with.

So, while you read my take on interviewing Hedy D’Ancona – someone who matters to me, whose life choices matter to me, whose work I admire and want to honor, and have been honoring by seeing teaching as a way to support the revolutionary potential of our democratic society – you may think:

Gosh, Anna, aren’t you being a little bit over the top? I mean, just a tiny bit?

I mean, what are we talking about, right? Viewed from a distance, we are talking about a 30-minute-conversation with another human being, right?

Yeah. Sure. You have a point. If you see it like that. But, bear with me and just listen to how I experienced this.

Arriving early and partnered up with a dear friend, I was able to get in sync with myself a bit more. I had felt nervous about calling up Hedy D’Ancona beforehand, let alone meeting her in person. Scheduled in the second slot of the program, I was able to watch the stage on which I was about to take place with D’Ancona and experience that everything was just fine.

One part of me was getting in sync with myself, another part was starting to realize that there were all sorts of professors and colleagues in the audience that I hold dear. Their opinions, in other words, matter to me too… 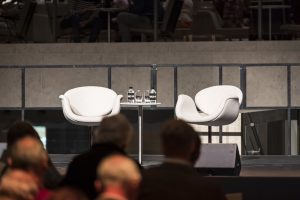 During the first slot, I observed two people sitting there, having a conversation. There was an audience out there, interested in listening to what the people on stage had to say. Everything started to soften a bit.

As the time neared to head over to the technicians to hook me up with a microphone, I met Hedy D’Ancona. At ease, she was chatting with the people around her, charming and happy to get on stage. She encouraged me to address her on first-name basis. I confessed up front that this was going to be a challenge for me. And though I managed to address her informally a few times during the interview, I did not succeed in doing that consistently at all… I am still recuperating from a rather strict (Catholic) upbringing you see.

Though the interview was fun and the audience felt really ‘connected’ to both Hedy and myself, eager to give voice to what it means to rebel if you feel the social circumstances in your community or society are unjust, and I could tap into the warm voice which allowed me to really feel the fun and the buzz, there was also that other voice that we all know so well:

Are these the questions you really want to address? Are you sure you are making sense? Is this the best you can do? Aren’t there other questions you are overlooking that are probably way more important?

Fortunately, I know and deeply feel: life is very simple.

There are two flavors.

And there is Fear.

We get to decide each moment of each day which one crawls behind our steering wheel.

If I had let Fear take over, I would not have taken the seat on this stage. But because I had let Love rule, I now had this wonderful experience of sitting across from this impressive activist and politician who has quite literally improved the quality of life in the Netherlands. 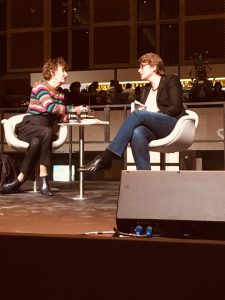 And though Hedy D’Ancona evidently does not need facilitation in getting across her message, I got to be part of this setting in which she could clearly state:

Don’t kid yourselves. Of course, there has been improvement. The gap in terms of schooling, training and education between men and women has been closed. That’s for sure. But there is no equality in terms of political and economic power. That is still a very problematic situation. And if we zoom out and look at our globe, it will be obvious that we cannot retire, not for one minute.

Her words were taken to heart by many people gathering at the “Night of History”. My inbox filled with people who just feel so inspired by D’Ancona’s words the other night: ‘we have to be louder about our discontent’ and ‘we have to do it our selves’.

The young women interviewed by the Reizende Reporters about what their primary take-aways of the “Night of History” were, promptly summarized:

The whole idea of giving you a backstage pass is not for you to conclude:

Gosh, I did not know that Anna is a nervous wreck…

My intention with giving you some insight into my practice of dealing with stuff that impresses me, is to show you and hopefully inspire you in how to guide yourself through exciting, exhilarating and impressive stuff that we deal with on our work floors because part of our academic lives is about being in the arena, getting on stage, and being in the limelight.

Because: whatever we do in our lives, in our work, if we feel passionate about something or someone: let’s just feel the fear… and do it anyway!

View all posts by academicauthenticity

2 thoughts on “Feel the fear and do it anyway…”

This site uses Akismet to reduce spam. Learn how your comment data is processed.

Training and coaching are on offer in both Dutch and English

‘Just where you are – that’s the place to start’